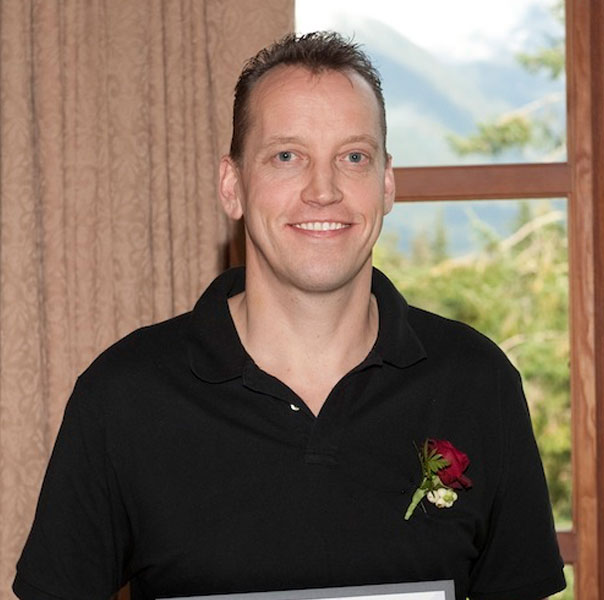 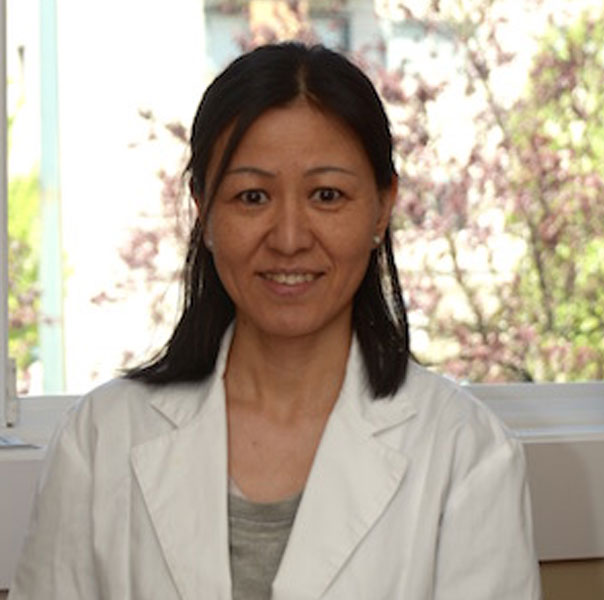 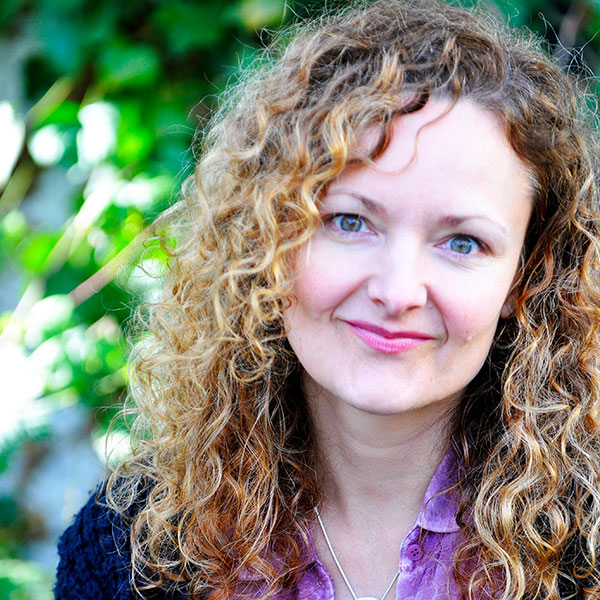 The light of your body is your eye...

Iridology is a quick, accurate and painless system of health analysis through the examination of the colored part of the eye known as the iris. Proclaimed throughout the ages as "windows of the soul", the eyes are now acknowledged as mirrors of the body and compared to miniature television screens recording the condition of the various organs and tissues throughout the body.

The iris is an extension of the brain endowed with many thousands of nerve endings, microscopic blood vessels, as well as muscle and connective tissue. Every organ is connected to the iris via the nervous system and the nerve fibers receiving their impulses through the optic nerve, optic thalami, and the spinal cord.

History of Iridology (Based on a Foreign text by unknown authors, compiled by Leo Bongaards ND)

Hypocrites ( 480 – 360 BC) is said to have used the eyes for diagnosis and the Aztecs practiced some form of eye diagnosis around 1000 BC, Stone carvings show the use of the eye for purpose of determining illness. The Egyptians and Babylonians most likely used iridology and the Chinese and Japanese are said to have used the varying colours of the iris as part of their diagnosis. The Bible, one of the oldest books, states in the gospel of Lucas:

“The light of your body is your eye. If your eyes are pure, your whole body has light, if however the eyes are bad, then your body has darkness..... “

Or another translation of this text:

Philipus Meyens was the first in modern history to publish a work on iridology named Chiromantia medica.

This was in 1670 in Dresden, Germany, this book made an interesting study of iris signs and its relation to illnesses and had a small map of the Iris with respective areas of some parts of the human body. Next was Johann Sigmund Eltzholtz (Nürnberg, 1695), who expanded on the studies of Meyens.

In 1813 the Viennese optician Beer wrote about iris diagnosis: "Everything which affects the organism affects the iris, it cannot remain without affecting the eye, and in reverse”.

Then, almost a century later, in Göttingen, Christian Haertls, who based his findings on the studies of Meyens and Eltzholtz, launches a controversial and important work and in 1786 another German, Doctor Härtels, published ‘de oculo et signo’, “The eye signs”

However, it was the Hungarian physician Ignatz von Peczely (1822-1911) that made Iridology known in Europe. According to history, (now viewed as a fable) von Peczely only a boy then, caught an owl and broke it’s leg in the trap Looking in the owl's eye, he saw a fine trace appear in the inferior region of the corresponding Iris of the owl. The young von Peczely was curious about the marking that appeared. He nursed the owl to good health and noticed that the trace in the Iris virtually disappeared, to leave only one very tenuous mark. He studied other authors’ works on the subject and when Peczely became a physician he developed his knowledge even more and was able to do comparative research in hospitals.

He made many discoveries and in 1881, after many difficulties, he launched his first work (Entdeckungen auf dem Gebiete der Natur- und Heilkunde – Anleitung zum Studium der Diagnose aus dem Auge). Rather a mouth full meaning. “Discovery In Natural History And Medical Science, A Guide To The Study And Diagnosis From The Eye”.

Many works on the subject have appeared later in Europe, mainly in Germany. The priest Emanuel Felke (1856-1926) made iridology more popular still and Iridology spread throughout the whole of Europe. Heinrich HENSE lived from 1868 to 1955 and was a pupil of minister Felke, while Mrs. Von Wad had a college in Dresden teaching Iridology.

In the beginning of the decade around 1900 Iridology was introduced in the United States by Dr. Nils Liljequist, a Swedish homeopath, who had noticed iris colour changes when he took medication, he may have exchanged information with von Peczely as they both worked on iris charts around the same time. It would be worth noting that 80% of the healing was done with homeopathic medicine in America at that time. It was only after allopathic doctors formed an association called “the AMA” and started to lobby politicians that slowly but surely homeopathy was replaced by allopathic medicine. IN 1904 Dr. Henry Lahn (Lane) born in Austria, writes the book "The diagnosis from the eye" in the USA. This publication makes iridology popular in the States. In more recent times it was a North American, Dr. Bernard Jensen, that developed the map of the Iris that is still in use all over the world. After Dr. Jensen’s passing his daughter-in-law Ellen Tart-Jensen has revised and updated the chart. The French physician Professor Jossin, who is regarded as a pioneer of modern iridology, produced iris charts which are still in use today. The following names are also worth mentioning: To Dr. Kritzer, Farida Davidson, Harry Wolf, Dorothy Hall and Paul Angeren, all well-respected teachers of iridology.

Meanwhile without much knowledge in the West in Russia iridology has been practiced widely. Being cheap and quick this form of diagnosis must have appealed to the Russian institutions at the time. Bulgaria had its own Iridology master: "Petar Dimkov lived from1886 - 1981. He finished the military college in St Petersburg.

Despite receiving multiple gunshotwounds during the war he followed in the family tradition and practiced alternative medicine"- A book with his findings was published in 1998 and some unpublished works have been found, which may still be translated into English.

With communication being less restrictive now, much of the information and some charts of the former USSR have made it to the West.

Iridology was given a boost when In Germany between 1950 and 1954 when clinical studies on 640 patients were conducted by Dr. Walter Lang and Joseph Deck in the hospital in Karlsruhe under the supervision of Dr. Vida. The patients wher diagnosed by iridology as well as by traditional means.

The reliability was found to be around 75% At that time. However, a follow-up study found that in the next 5 years 95% of the findings had eventuated!

1. But in Holland the “Rijksuniversiteit (State University) Limburg” found that there was no relationship between markings in the iris and the presence of gallstones. The iridologists in this trial could not diagnose the gallstones in the patients. In the USA a study was conducted that included Bernhard Jensen. He also fell into the trap when he was asked to diagnose Western medicine conditions and could not.

Most of these studies where designed in such a way that Apples and Oranges were compared. Iridology has limitations much the same as every other means of diagnosing.

The iris shows nerve reflexes only, it can not be compared with chemical analysis of blood and urine. Some trauma to the body, done under anastatic may not show in the iris or the recording may be delayed. Some reports state that TB can be detected in the iris long before a test (for the Bacillus of Koch) will confirm the condition. Kidney problems may only be discovered when the patient complains about the pain. After investigation it may be found that 90% of the kidney is diseased. In the iris kidney deficiency is noted long before there is pain, nourishment of the organ may avoid or delay the 90% degeneration.

Critics make much of the negative findings but one must remember that the iris mainly reveals tendencies to under or over activity, it records medical events, as parting of fibers, and it tells a lot about the constitution and inherited weaknesses of the person. The information can be used to prevent or delay major illnesses. On the other hand some have taken to interpreting the eyes in physiological tendencies; the Rayed method is on of these. By learning the lessons of a particular iris group or sub group we advance and overcome our physical problems, according to the Rayed study.

There is no doubt a lot more is to be found in the iris and sclera of the eyes and research is being carried out in many parts of the world. All agree however that not 2 eyes are identical and that the iris is not part of our ability to see. So what can the purpose of an iris be?

The very latest research in Italy by Dr. Daniele Lo Rito focuses on relationship issues, a Contemporary Analysis of the Inner Pupillary Border and then there is the time risk research by English scientist John Andrews claiming to have thousands of case studies. These are just a few of the on-going research projects into the secrets the eyes can reveal. Modern digital cameras make observations so much easier, the equipment can show individual fibers and record colour changes from visit to visit.